The story is covered by the University of Arizonaâ€™s campus newspaper, the Daily Wildcat.

Several years ago the geological engineering (undergraduate?) program was separated from the MGE department, sending the program and two geological engineering faculty, Dr. Sternberg and Dr. Kulatilake, to be administratively housed under the Materials Science and Engineering Department. It seems relatively clear from Dr. Sternbergâ€™s remarks reported in the article that he feels that he and presumably Dr. Kulatilake were not included in the discussion regarding the MGE Departmentâ€™s proposal and he questions the process that was taken by the Senate to reach their decision. Although not directly quoted as saying it, the Daily Wildcat reported that Dr. Sternberg feels that the College is trying to get rid of him. However, the Dean of the College of Engineering, Tom Peterson indicated very strongly that this was not the case:

â€œIt makes sense logically and financially to combine them, and I’m offended anyone would even insinuate that I would try to get rid of facultyâ€¦â€

On a personal note, I have had some interaction with Dean Peterson, and I think very highly of him and everything I have heard from others is positive as well. I take him at his word, but the fact remains that Dr. Sternberg feels like he is being pushed out. If Dr. Sternberg were to leave, it would leave the Laboratory for Advanced Subsurface Imaging (LASI) at the U of A without its director. So far there has been no word as to what will happen to Dr. Sternberg and Dr. Kulatilake, whether they would be brought back into the MGE Department or sent to another department or something else entirely. If I hear anything else, I will let you all know, and please feel free to do the same.

Short courses in Engineering Geology/Rock Engineering to be taught in Tucson, Arizona in May 2016

March 7, 2016 rockman Available Resources Comments Off on Short courses in Engineering Geology/Rock Engineering to be taught in Tucson, Arizona in May 2016

The following four short courses will be taught by Prof. Pinnaduwa Kulatilake in Tucson, Arizona in May 2016 as given below. Dr. Kulatilake was one of my professors at the University of Arizona during my […] 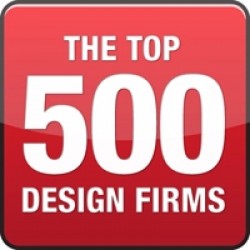 ENR’s annual top 500 design firms list for 2017 is out. These rankings are based on revenue for design services in the previous calendar year. Last year I extracted a subset of the list to see rankings of firms that are strong in geotechnical / geological related services, so I decided to do it again this year. I included firms that self-identified as geotechnical firms, as well as engineering firms that I know to have a strong geo emphasis. I’m sure there are some that I missed. I also included some of the major A&E firms that provide these types of services. Accordingly, it’s still a bit subjective on who is included. So here is the list of top Geo-Companies of 2017 (along with their change in ranking relative to 2016):

Many geoengineers and geologists have used the Structural Geology of Rocks and Regions textbook in structural geology class, and beyond. One of the authors, Dr. George Davis of the University of Arizona (emeritus) was recently […]