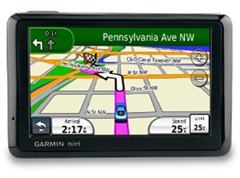 Ok, not exactly. But Garmin just announced that their new Voice Studio software will allow users to record their own voices for navigation prompts and edit them in the software for use on their Nüvi. It is compatible with all nüvis except the nüvi 300 and 600 series. The process of recording the “few dozen” phrases is supposed to take about 30-minutes. As my title suggests, I think it would be cool to have celebrities contribute their voice to the navigation. I’m picturing Morgan Freeman or maybe Cheech Marin and Tommy Chong in character! Ok, that might get old. (Image from Garmin)

Oh, and they also just announced a cool adapter for your car that plugs into the standardized onboard diagnostics port (OBD II) that turns your GPS into a trip computer, monitoring things like RPM’s, temperature, battery voltage, emissions etc. It connects wirelessly to the GPS unit so the wires don’t get in the way of your driving. It will also give you error codes for the check engine light, some with descriptions of the problem. Both technologies will be showcased at this year’s CES in Las Vegas.

[Disclosure] I own a few shares of Garmin stock. [/Disclosure] 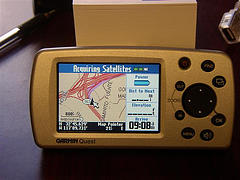 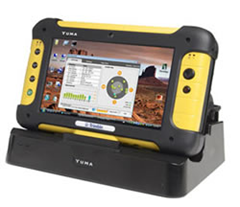 I introduced this ruggedized field tablet PC by Trimble here back in March, but there wasn’t any pricing information available at that time. To refresh, it has a military grade ruggedized design to keep out dirt and water, 32GB solid state drive (no moving parts), built in GPS, Wi-Fi, bluetooth 2.0, 2 integrated digital cameras with geotagging functionality (why 2?), Windows Vista Business, and a 7″ sunlight readable screen all in a 2.6-lb package. Read on for the $$.