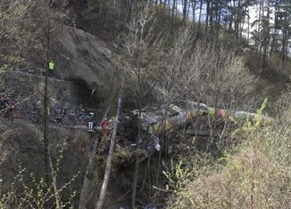 The investigation is underway to determine the cause of last week’s fatal landslide along an Italian Rail line that resulted in the death of 9 and another 30 more people injured. Although the volume of material was small (only about 400 cubic meters – 523 cu. yd.), the slide occurred at the precise time the train was passing, knocking the first car into a ditch. (Photo from Il Giornale via Dave’s Landslide Blog)

According to a New Civil Engineer article (requires ICE or NCE membership but also available here), a leaking or broken irrigation line up-slope of the failure is possibly to blame for the mudslide although they are not ruling out the presence of a natural aquifer. I’m sure they will be conducting geological and geotechnical investigations as part of the investigation. The retaining wall is a masonry wall about 4-m (13-ft) high with a catchment fence on top. It sounds more like a rockfall containment fence, not something designed to stop a landslide. 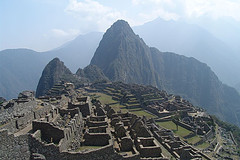