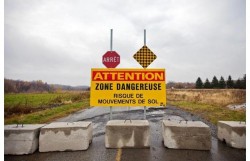 It’s been over 5 months since the massive St. Jude landslide that claimed the lives of four residents. The quick clay landslide took place on May 10, 2010, and in this article, it is clear that the residents are still recovering. The potential for more landslides like that one was on everyone’s minds…and still is. [Source: Montreal Gazette. Image: Dario Ayala / Montreal Gazette] 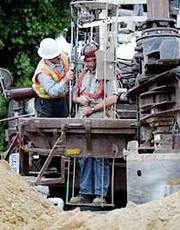 A landslide in Logan Utah caused a portion of a canal to fail, causing a second mudslide. Three people, a mother and two children, were believed to be buried when the mud and debris hit their home. Rescue efforts were halted fairly quickly because of concern regarding the stability of the hillside. So far I have not read any reports that the bodies have been recovered. Map, Videos and more after the break. (Photo by Mike Terry, Deseret News, hat tip to Landslides Under a Microscope Blog)