“We have worked with state Department of Transportation (DOT) agencies in almost all of the states for more than 65 years and have successfully designed hundreds of DOT infrastructure projects,” said MACTEC President/CEO Ann E. Massey. “Our track record speaks for itself. We believe that DelDOT is not following its own processes and procedures, nor has it reasonably considered the impacts of its own decisions. MACTEC looks forward to participating in a fair and impartial proceeding to resolve this matter.”

Scary: Things that go bump…at the end of the bridge

October 31, 2008 rockman Journal Article Reviews Comments Off on Scary: Things that go bump…at the end of the bridge 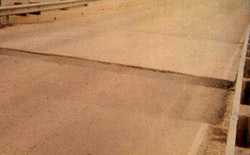 [Update 2008-11-03] The Link to the Journal’s homepage requires you to purchase the article. Too bad. Try the CDOT report instead I guess. [/Update]

First off, sorry for the cheesy Halloween tie-in. The other day I read an interesting paper in the Journal of the Transportation Research Record, No. 2045, of the Transportation Research Board (TRB).  The paper was titled: “Evaluation and Recommendations for Flowfill, and Mechanically Stabilized Earth Bridge Approaches.” I’ll post the full citation below. (Photo from FHWA NHI Soils and Foundation Course Slides, NHI Course No. 132012)

The authors describe the standard of practice for Colorado DOT (CDOT) projects for the last 16 years with regard to the construction of bridge approaches in an attempt to eliminate the problem with the “bump at the end of the bridge”. They discuss some of the common reasons for problems with approaches, and some possible solutions. Click through for more.

The folks at the ASTM Committee on Concrete and Concrete Aggregate have been very busy recently.  The past month has seen a whole slew of new and revised standards on concrete sampling and testing.  Be sure to check it out if you are in the CQA biz. 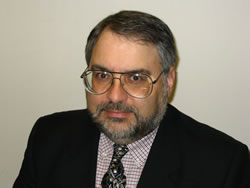