The USGS issued a press release at the beginning of May highlighting the possibility of accessing USGS topo maps and other USGS imagery on mobile devices such as Android, iPhone and iPad. The USGS is not producing apps, but they are making the data available to developers. They highlight two Android apps using the data:

The most likely candidate for an app for iOS is called Galileo. It sounds like you need to do some legwork before using the apps. They discuss a Java-Based open source project that allows you to create “mobile atlases” on your desktop PC or Mac based on USGS maps at various scales that you can transfer to various mobile apps to take the maps with you on your device for use when you are outside cell phone coverage. The program you need is called Mobile Atlas Creator. There are some basic instructions in the full USGS Press Release. [Source: USGS Press Release via Geology.com. Image: USGS] 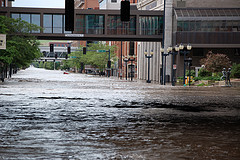 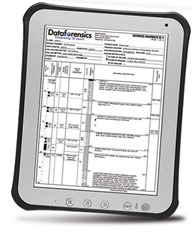 Dataforensics, developer of geotechnical and geoenvironmental data management solutions, announces that a major update for pLog Tablet is now available for immediate download from the Google Play store.

This latest update of pLog Tablet enhances usability by adding the following features:

[Editor] Read on for the rest of the press release from GeoPrac sponsor Dataforensics! [/Editor]