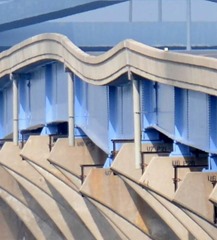 Pier 22 of the Leo Frigo Bridge settled 22 to 27 inches last week causing a 400 foot long segment of the bridge to sag dramatically, forcing the closure of the bridge. There were no reports of injuries and there has been no further reports of additional movement of the pier.

The pier is approximately 700 feet from the edge of the Fox River. The pier is a hammerhead-type pier with two columns extending down to the ground. The foundation system consists of footings supported by a group of steel piles 100 feet long. Highway spokesmen would not speculate on the cause of the settlement.

If you look at the photos of the bridge, there does not appear to be any structural damage to the pier, it looks like the entire pier just settled. So this geotechnical engineer’s opinion is that it certainly seems likely this is a geotechnicl type of failure. But we will have to wait until additional information is released. 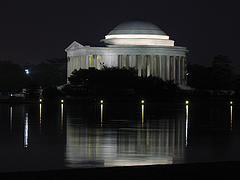 Did you miss the December webinar from Rocscience on analyzing bearing capacity using NovoSPT and PEYSANJ? Well, no worries. You can now watch the recorded version on the Rocscience YouTube channel. Or see below. [Editor] […]