Hayward Baker (HB) recently began work on a $9.1 million ground improvement contract for the K-10 South Lawrence Trafficway (SLT) Project located in Lawrence, Kan. as a subcontractor to Emery Sapp & Sons, Inc. The project provides a significantly improved transportation infrastructure for the state, making it a top priority for the Kansas Department of Transportation (KDOT).

Current construction will complete the southern K-10 bypass from its intersection with US 59 to the existing K-10 east of Lawrence. Construction affects 58 acres of wetlands. However, mitigation agreements between KDOT, local government agencies, and the public will create and restore 317 acres of wetlands as well as restore, preserve, and create over 50 acres of habitats.

This agreement also includes the relocation of local roads to divert noise and light, as well as construction of a new education center, campground, and biking and hiking paths.

A subsurface exploration revealed weak alluvial and residual silt, clay, and sand beneath the planned embankment. Many bridge abutment locations require embankment fill to attain grade for construction. Based on laboratory tests of the underlying soft, compressible soil, an analysis predicted that the embankments would settle excessively and experience slope instability. Hayward Baker proposed a solution consisting of the installation of wick drains and construction of stone columns.

Four previously constructed embankments nearby had recently experienced surficial failures. The analysis of this project indicated that two of the planned embankments would also experience slope failures due to the weak subsurface conditions.

As a solution, Hayward Baker is constructing over 6,800 thirty-six-inch diameter stone columns to depths up to 62 feet. The construction expects to utilize over 150,000 tons of aggregate and take up to seven months to complete.

The subsurface explorations also identified 26 planned embankment sites with consolidation periods of over a decade. HB’s subsidiary, HB Wick Drains, is installing approximately 42,000 wick drains to a maximum depth of 75 feet to accelerate consolidation of the soils so that the settlement essentially occurs prior to the final roadway construction. An installation rig with 60,000 pounds of static push force is being used.

The wick drain installation is expected to take 20 weeks (non-consecutive) and will reduce the consolidation time to less than 45 days.

For more information on the K-10 South Lawrence Trafficway project in Lawrence, and the ground improvement capabilities and services provided by Hayward Baker and HB Wick Drains, contact Kent Abella at 913-390-0085 or

Keller / Hayward Baker’s calendars are very well known in the geotechnical world. In our industry, nearly all of our best work gets buried under the ground or never sees the light of day in […] 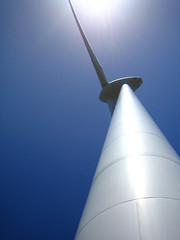