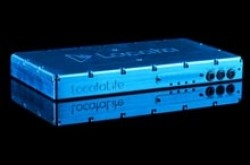 The principle behind GPS technology is relatively simple, you have a network of satellites where their location is known to a high degree of accuracy, and you have a way to determine the distance between that transmitting satelite and the receiver. You need a minimum of 3 satellites to triangulate a location, and obviously the more you fix on, the better your accuracy. A company called Locata has a similar ground-based system that works on the same frequency as Wi-Fi and can be used to get location accuracy on the order of 1-cm! The military has been using it to track munitions on a missile range, but the technology is now being rolled out for civilian applications. I could see this being really useful on construction sites, in underground mines and perhaps for structural monitoring applications and probably more things. The units have a range of several kilometers. [Source: Slashgeo.org. Image: Technology Review]

July 10, 2008 rockman Articles, Software and Spreadsheets Comments Off on Geotagging Images for Geoengineers 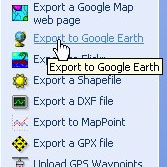 Geotagging is the process of adding geographic metadata (ie. latitude, longitude and sometimes elevation and bearing) to digital photos or other media. In this article, I will examine the equipment needed, the software to help with the process and what you can do with your geotagged photos.

The September AEG News magazine mentioned this GPS based motion tracker by Applied Geomechanics for monitoring of bridges, dams, natural hazards and other features to a high degree of accuracy. The 3D Tracker systems include […]