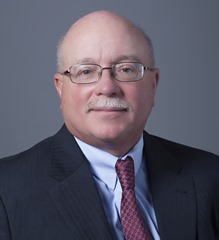 Moretrench is very pleased to announce that company President and CEO Arthur B. Corwin, P.E. has been recognized by his fellow Moles with the 2016 Member Award for Outstanding Achievement in Construction, the organization’s top honor. The presentation will take place at the annual awards dinner to be held on January 27, 2016 at the New York Hilton.

Mr. Corwin joined specialty geotechnical contractor Moretrench in 1978 and has dedicated his entire career to the growth of the company, serving in various engineering and executive capacities including Chief Engineer, Executive Vice President, and Chief Operating Officer. He was elected to the Board of Directors in 1988, appointed President and Chief Operating Officer in 2003, Chief Executive Officer in 2007, and Chairman of the Board in 2010.

In addition to providing the dynamic leadership that has placed Moretrench in the forefront of the industry, Mr. Corwin is Treasurer of the General Contractors Association of New York , serves on the Board of Associated Construction Contractors of New Jersey, and sits on the Industrial Advisory Committee at Columbia University.

As part of Hayward Baker’s acquisition of Moretrench, our West Caldwell, New Jersey office is merging with Moretrench in Rockaway, New Jersey effective September 17, 2018. This merges the strengths and capabilities of both businesses under one name, […]

Thomas J. Tuozzolo, P.E. joins the Board of ADSC

July 8, 2009 Randy Post via Tara Holman Miscellaneous Comments Off on Thomas J. Tuozzolo, P.E. joins the Board of ADSC

[Editor] Moretrench [/Editor] Vice President Thomas J. Tuozzolo was elected to the Board of the International Association of Foundation Drilling (ASDC) at the IFCEE Conference held in March, 2009. Mr. Tuozzolo, who has overall responsibility […] 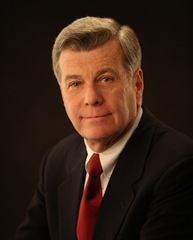 Moretrench, a leader in construction dewatering and specialty geotechnical construction, is pleased to announce that Joseph M. McCann has been appointed to the position of Executive Vice President. [Editor] Click through for the rest of the press release from GeoPrac.net sponsor Moretrench. [/Editor]