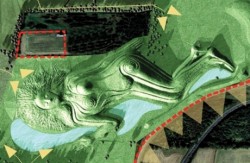 Geogrid reinforced soil slopes, gabion retaining walls, erosion control blankets and other geosynthetics are being used to construct the world’s largest human form sculpted into the landscape on a project known as Northcumberlandia. The woman sculpture is the centerpiece of a public park near Cramlington, in the north of England. The site is located adjacent to a surface coal mine, and the byproducts of the coal mining were used to construct the landform. A cover story in Geosynthetics Magazine a few months back featured the project, and the design aspects of the RSS and gabion walls that were use to form some of the woman’s more challenging features such as the chin, nose, and eyebrows. [Source: Read more about Northcumberlandia at GeosyntheticsMagazine.com. Image: Geosynthetics Ltd. via Geosynthetics Magazine]

July 6, 2010 rockman Standards and Codes Comments Off on New ASTM geosynthetics standards for quantification of material properties for pavement components

Two new standards from the Geosynthetics committee of ASTM will help define properties that can be used in the design of geosynthetic reinforced pavement. I know in my practice in Arizona, ADOT simply allows a […] 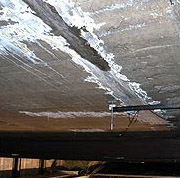 The Geosynthetic Institute has published its list of webinars for the first half of 2021. As we all continue our strange pandemic work schedules, this is a great option for geotechnical engineers needing to get […]