The Geotechnical Extreme Events Reconnaissance or GEER group funded by the NSF puts experts on the ground in the aftermath of natural disasters to collect geotechnical data that can used in case studies and ultimately drive the development of many of the empirical procedures used in geoengineering practice. The report for Hurricane Sandy that struck the eastern coast of the US in October of 2012 was released several months ago. The document presents the observations made by the GEER team several days after the storm struck. There are many maps, photos and figures that illustrate the devastating effect of the storm on all types of infrastructure. I’m sure there are important lessons in there for all coastal communities to consider. [Source: GEER via AEG Insider. Image: Andrew Burton/Getty Images via Bloomberg.com]

I shared this image in my October newsletter this week, but this was one of the most striking images for me.  Flood waters from the Hudson River pouring into the ground zero excavation. Some 100 […]

Nearly 3,000 dams in Texas will be exempt from inspection, including 216 that are rated as high hazard. This is thanks to a Texas State law passed earlier this year meant to lessen the burden […] 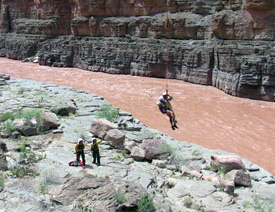