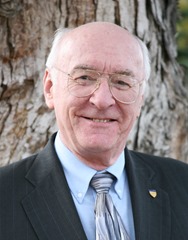 Fred Howard Kulhawy was born in Topeka, Kansas on September 8, 1943 to Fred and Gloria (Hahn) Kulhawy. He spent his childhood and early adulthood in New Jersey, where he received his B.S.C.E. in 1964 from Newark College of Engineering (NCE), which is now a part of New Jersey Institute of Technology. He completed his M.S.C.E. from NCE in June 1966, married Gloria Ianna in September 1966, and they relocated to Berkeley, CA for educational pursuits. He received his Ph.D. from UC Berkeley in September 1969, and began his Professorial career at Syracuse University, where he advanced to the rank of Associate Professor. In 1976 he joined the Cornell Faculty, becoming Professor in 1981. During his 40-year academic career, Fred taught a wide range of courses in the field of geotechnical engineering. At Cornell he also supervised the annual Master of Engineering geotechnical design project seventeen times. His courses emphasized basics and developing thought processes, but they always were oriented toward design and professional practice.

He has been a prolific researcher, with sponsors ranging from various government agencies to public and private companies. He has supervised 54 M.S. and Ph.D. theses. He has authored/co-authored more than 370 publications. The research done by him and his students has influenced geotechnical practice. His contributions have been recognized with over 20 major professional society awards. Among them are the following: Distinguished Member of ASCE, the highest accolade of ASCE for acknowledged eminence in engineering; the Norman Medal, the oldest and most prestigious technical award of ASCE; and the Karl Terzaghi Award, the ASCE Geo-Institute career accolade for eminence in geotechnical engineering.

After his retirement he kept active in his Consulting Practice, as well as travelling to indulge one of his passions, opera. He is survived by his wife, Gloria; a brother Kenneth of Tempe, AZ; brother and sister in-law, Frank and Nancy Ianna, nieces Kristy and Lindsay, nephew Rob Ianna, of NJ; and numerous cousins. There are no services. In lieu of flowers please consider a donation to Hospicare, 172 East King Road, Ithaca, NY 14850, or a charity of your choice. Bangs Funeral Home is assisting the family.

The American Society of Civil Engineers announced their 2011 class of Distinguished Members back in October. This year’s class included three members of the Geo-Institute: Jacobo Bielak, Chandrakant S. Desai and Shamsher Prakash (pictured below). The ASCE Youtube channel has short biography video on each member, and you can watch the videos for these three gentlemen embedded in the full post. Their acceptance remarks are also online somehwere, but I can’t find the videos to embed. You can watch those videos here. Written biographies are also available on the Geo-Institute’s website.

There are two notable geotechnical engineers among the recipients of the 2016 ASCE Opal Outstanding Projects and Leaders awards. Rudolph Bonaparte, Ph.D., P.E., D.GE, F.ASCE, NAE, the president and CEO of Geosyntec, will receive the […]

JTFAP Document Will Affect Every Geotechnical Engineer and Engineering Geologist

April 7, 2009 rockman Standards and Codes Comments Off on JTFAP Document Will Affect Every Geotechnical Engineer and Engineering Geologist 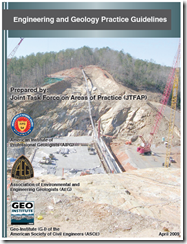 A document entitled “Engineering and Geology Practice Guidelines” has been prepared by the JTFAP or Joint Task Force on Areas of Practice. The JFTAP was comprised of representatives from The American Institute of Professional Geologists (AIPG), the Association of Environmental and Engineering Geologists (AEG) and the Geo-Institute (G-I) of the American Society of Civil Engineers (ASCE). A draft of the document was published in February of 2009 and members of AEG have already been providing comments to their board through the Section Chairs for possible revisions to the document or for opinions on whether or not AEG should adopt it. A recent email to AEG Members from the President of AEG, Mark Molinari, indicates that the G-I has released the document to their membership for review and comments. Read on for more info.