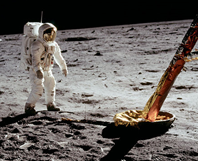 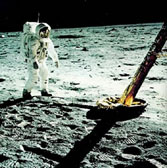 Most people are aware that Apollo 11 was the NASA where man first set foot on the Moon. But before they could set foot on it, they had to set the landing pads of the LM there! How did they come up with geotechnical soil parameters for the design of the LM’s footpads? How did they determine a bearing capacity of lunar soil? Click through for this facinating article that I hope you will share with your colleagues.