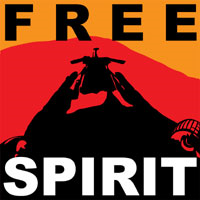 Back in May, the Mars Rover Spirit was announced to be stuck in soft Martian soil. As anyone who has ever gotten a 4wd vehicle stuck in loose soil knows, if you’re not careful, trying to get out can make you even more stuck. So NASA engineers and scientists are taking their time in designing and testing a solution to the problem, taking advantage of a Martian wind storm that blew a coating of dust off Spirit’s solar panels, giving it some additional battery life it didn’t have before. In the meantime, they are using whatever on-board equipment they can to perform a sort of Martian geotechnical investigation on the soil its stuck in while personnel here on Earth perform physical and computer simulations and experiments to try to figure out a solution.

The Spirit business reminded me of Ed’s article when he described that some scientists believed that the lunar soil cover or regolith was so thick and powdery fine that attempts to land on it would be doomed to failure.

These and other factors led to much speculation on the part of scientists as to the thickness of the lunar regolith. I can recall attending a conference in 1966 where Dr. Thomas Gold, a renowned but rather eccentric astrophysicist from Cornell University, suggested that the lunar surface was coated with a deep layer of fine rock powder and warned that astronauts and landers would sink out of sight.

As everyone knows, the mission was ultimately a success, and Ed recalls his work on the mission as the Ultimate Geotechnical Engineering Challenge, which is the phrase with which he appropriately titled his essay. In an interesting connection between the two stories in this post, another accomplishment in Ed’s distinguished career has been his publication of a 1978 book titled Soil Mechanics for Off-Road Vehicle Engineering which was co-authored by Dr. Les Karafiath, who was also Ed’s partner on the LM geotechnical work. I wonder if any of their work was used in the design of the Mars Rovers?

One final note, even if you are not a geotechnical engineer, I think you will find Ed’s article fascinating reading and a glimpse into an exciting time in our Nation’s history.

The Arizona DOT has posted three new LRFD geotechnical policy memoranda and revised three others.  Use of LRFD or Load and Resistance Factor Design is now mandatory on all federally funded roadway projects and agencies […]

KeyLAB’s rate card and invoices features are very powerful but often underused.  If you run a geotechnical laboratory, you know what a challenge it is to keep up with the paperwork side of the business! […]