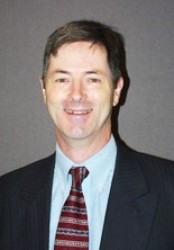 An interesting interview with an experienced geotechnical engineer, Frank Callanan, a Vice President at Geotechnology in St. Louis. He shares some interesting insights on the challenging projects he’s worked on in his career, and his take on what lies ahead for the geotechnical industry and construction industry in general, ‘Better, faster, cheaper.’ [Source: St. Louis Today. Image: http://geotechnology.com/about-us/leadership/frank-callanan/]

During construction of the drilled shaft foundations for Temporary Bent No. 6, it was determined that voids were present both beneath and adjacent to the north footing for Intermediate Bent No. 6. Test borings by MoDOT indicated that the void varied in depth from zero to five feet, but the horizontal extents were unknown upon Nicholson’s arrival to the site. [Editor] Click through for the rest of the press release from GeoPrac.net sponsor Nicholson Construction. [/Editor]

The drilled shaft foundations for the kcICON bridge over the Missouri River have been completed according to Dan Brown and Associates, LLC, the geotechnical engineers on the job. The 1700-ft long bridge conveys the I-29/35 […]

Constructed in 1931 by the Illinois Terminal Railroad, the Tucker Tunnel is located underneath Terminal Boulevard in downtown St. Louis. Over the years, the tunnel condition has deteriorated and the concern is that the failure […]