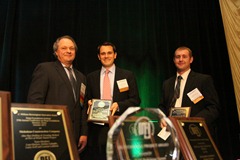 McCartney received a B.S. CE and M.S. CE degrees from the University of Colorado Boulder, and a Ph.D. in civil engineering from the University of Texas at Austin. He is a recipient of the NSF Faculty Early Development Award in 2011.  He also received several research awards including the Croes Medal from ASCE in 2012, the Richard S. Ladd D18 Standards Development Award from ASTM in 2011, and the Young IGS Award from the International Geosynthetics Society in 2008.

Murphy is pursuing a M.S. CE at the University, where his research involves thermally active deep foundations under the supervision of Dr. John McCartney. Murphy is a project engineer with Hayward Baker Inc. His B.S. CE is from the University of Missouri. Murphy is a 2011-2012 recipient of the Association of Drilled Shaft Contractors Industry Advancement Fund Scholarship.

The Student Paper Competition winner was Haijian Fan, who has a B.E. degree from Shanghai Jiao Tong University, Shanghai, China, and is now a Ph.D. candidate in the civil engineering department at the University of Akron, Ohio. His paper is “Performance-based Reliability Design for Deep Foundations Using Monte Carlo Statistical Methods.” 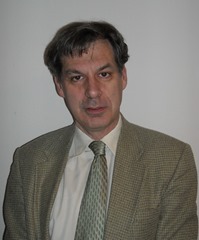 In 2004, after 20 years in the oil and gas industry, Verbeek started VMS, a management consulting business. One of the firm’s activities is helping European companies with their business in North America. Another area of concentration is providing detailed recommendations regarding geotechnical equipment and practices, especially in the area of foundation testing and (seismic) cone penetration testing (SCPT).

[Editor] Click through for the rest of this DFI press release. [/Editor]

Dr. Evert Hoek was awarded the Lifetime Achievement Award for 2018 by ITA Tunneling and Underground Space Association for his contributions to the field of rock mechanics.  The award ceremony was held in Chuzhou, China as […]