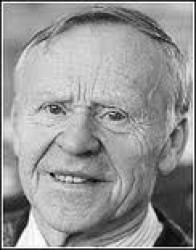 Professor Emeritus Nilmar Janbu, the acclaimed scholar in geotechnical engineering at the Norwegian University of Science and Technology (NTNU), passed away peacefully in Trondheim on January 4th 2013. He was 91.

Nilmar received his M.Sc. degree at Harvard University in Cambridge, MA, USA, in 1949, where he worked with Professors Karl Terzaghi and Arthur Cassagrande. In 1954, he successfully defended his doctoral work, also at Harvard. Nilmar Janbu joined NGI in 1952, working closely with Laurits Bjerrum and BjÃ¸rn KjÃ¦rnsli.

First off, I am truly ashamed.  I had a copy of Karl Terzaghi’s biography by Richard Goodman loaned to me for probably the last year and have yet to read it.  Before I write any […]

Norway may build the world’s first tunnel for ships

March 30, 2017 rockman Project Related Comments Off on Norway may build the world’s first tunnel for ships

If Norway’s Stad Ship Tunnel gets approved, it would be located on the Stadhavet Sea, an area known for heavy winds and hurricanes. Stormy weather makes it almost impossible for ships to travel in the […]