From the Pittsburgh Post-Gazette:

Wal-Mart and its real estate arm yesterday filed notice that they intend to sue a developer and others in connection with a September 2006 landslide in Kilbuck that wiped out plans for a $28 million shopping development. 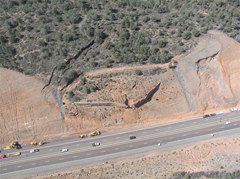