A dramatic video shows the collapse of a cliff at Navagio beach on the Greek island of Zakynthos earlier this month. The popular tourist destination is only reachable by boat and is also known as “shipwreck beach”.  BBC reported that at least seven people were injured but fortunately, there were no fatalities.  The video below was captured by an Instagram user.

I found a few photos that show the area sometime before the failure to give a sense of the terrain.  You can see why the beach is only accessible by boat.  You can see that the same erosional processes that caused the cliff collapse are responsible for the formation of the beach itself over geologic time. 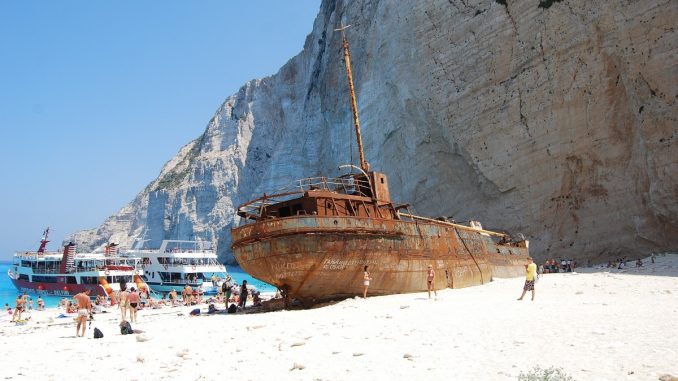 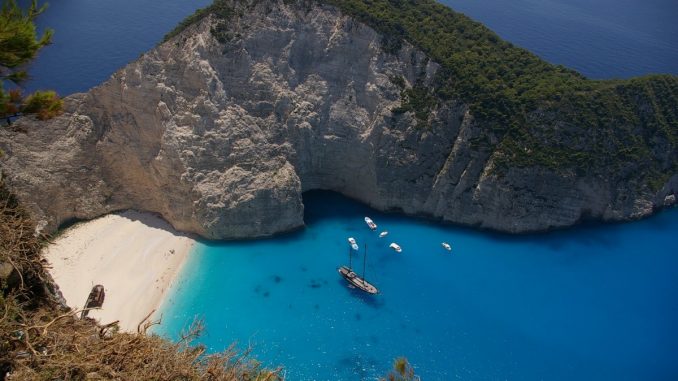