One of the advantages of LIDAR topography data is the ability to “see through” vegetation so to speak. The light beams aren’t actually seeing through physical objects, but because of the high density of LIDAR […]

Remote sensing with 1-m resolution infrared satellite imagery has allowed US Egyptologist Dr Sarah Parcak to discover a multitude of new archeological sites in Egypt. Her work was the subject of a BBC documentary where […]

Ghengis Khan’s tomb has never been found for a variety of reasons. A project involving National Geographic is underway to look for this and other archaeological sites of significance in Mongolia. Think SETI@Home but with […]

Geoarchaeology is a fascinating application of geologic tools and disciplines, and I came across a post on the Through the Sandglass blog about a Geology Today article on “Coastal and ancient harbour archaeology”. In a […]

Specialty Geotechnical Contractor DBM was excavating a drilled shaft for the I-5 interchange in Ridgefield, Washington when they dug up something unusual at a depth of 30-ft. At first the WSDOT inspector thought it looked […] 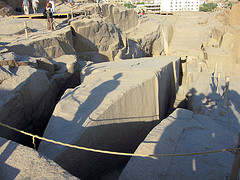 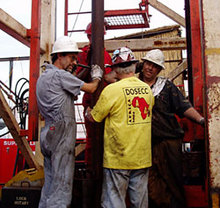 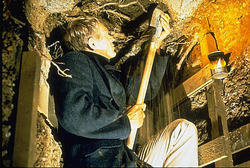