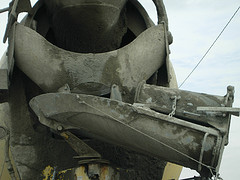 [Update 5/30/07] According to Yahoo!, Rinker’s largest share holder approved  a $14.25 billion bid from CEMEX on May 7, 2007 making the deal one step closer to completion. [/Update] According to ENR, Mexican cement giant CEMEX S.A.B. de C.V. has reached a tenative acquisition agreement with rival Sydney-based Rinker Group Ltd. for $15.3 billion. The deal would create one of the largest construction materials suppliers in the world with over $23 billion in annual revenue. The U.S. Department of Justice is requiring CEMEX to divest 39 ready mix concrete, concrete block, and aggregate facilities in Tampa, St. Petersburg, Fort Walton Beach, Panama City, Pensacola, Jacksonville, Orlando, Fort Myers and Naples, Fla.; and Flagstaff and Tucson, Ariz., as part of the deal. The assets are valued between $300 million and $500 million.