gINT Software, Inc., developer of gINT data management and reporting software for geotechnical and geoenvironmental engineering professionals, has signed a mutual distributorship agreement with Fine s.r.o. of Prague, Czech Republic, maker of the GEO5 geotechnical analysis software programs. gINT Software will represent GEO5 on an exclusive basis in the USA, Canada and Mexico. In addition, Fine has been granted exclusive rights to represent gINT in the Czech Republic and surrounding Eastern European countries, including Hungary, Poland, Romania and Slovakia.

[Editor] All screen shots courtesy of gINT Software, Inc. Click through for the rest of the press release. [/Editor] 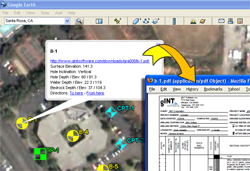 If you haven’t read today’s gINT Software press release on their new Google Earth capabilities in gINT, do that first. Go ahead..I’ll wait.

As readers of this site know, I’m a big fan of utilizing Google Earth as a geoengineering tool, and since I’m a big fan of gINT as a geoengineering tool as well, this news for me was like a match made in heaven! The good folks over at gINT were kind enough to give me a sneak peek at the new Google Earth functionality a couple days ago. And they also discussed a shift in their approach to updates and upgrades that will be of particular interest to all gINT users. Click through for more info. (Screenshot courtesy of gINT Software) 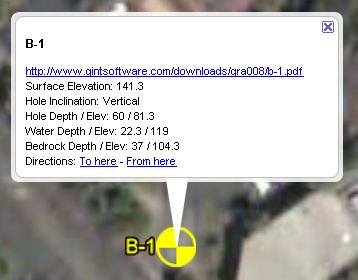 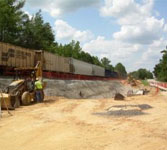 Our first article from Robert Thompson with Dan Brown and Associates. A project profile of a challenging project invoving a railroad spur for a quarry. It involved ground improvement, soil nailing, and MSE walls. 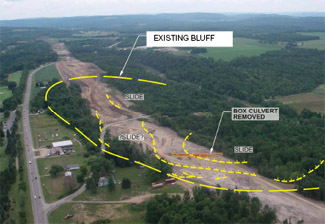 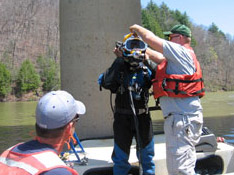 On a typical dive, Sayers looks for signs of deterioration that may cause instability or even collapse of the bridge. This includes scour, undermining from flowing water that erodes the streambed, deterioration, cracks, section loss, and impact and abrasion damage from trees. Tree debris caught in the bridge leads to scour and erosion. “It depends on the construction type as well as the materials on the bridge,” he states. 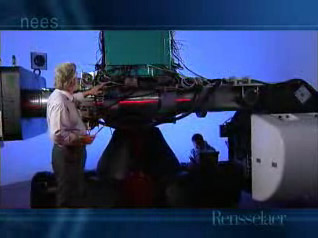 I stumbled across this video for the geotechnical engineering centrifuge at Rensselaer Polytechnic Institute. Centrifuge testing is a popular way to economically test models at much higher loads and pressures than you would normally be able to in the laboratory. The goal is to more accurately represent the real world conditions. Click through for the video. 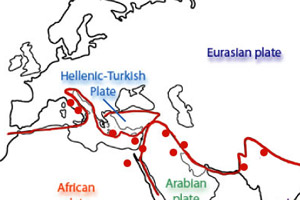