Earlier this summer, there were several large landslides in B.C. Canada, including some with fatalities. Around that time, the landslide video below was captured by some boaters.

It’s been over 5 months since the massive St. Jude landslide that claimed the lives of four residents. The quick clay landslide took place on May 10, 2010, and in this article, it is clear […] 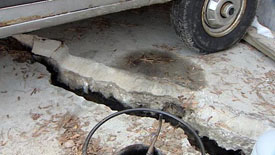