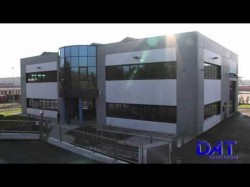 I came across this video that introduces DAT Instruments, an Italian Company that builds dataloggers for geotechnical construction such as grouting, jet grouting, soil mixing, diaphragm walls and more.

A TBM is stuck on a 2.85m diameter stormwater tunnel in Lancashire, UK. The tunnel is planned to be 3.5-km long, but has been stalled since November when the silt intrusion stopped the tunnel boring […]