[Editor] Click through for the rest of the press release from NCFI.  Disclosure: Hayward Baker is a sponsor of GeoPrac.net. [/Editor] 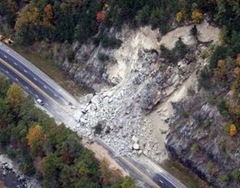