Craven County chose Hayward Baker, a leading national geotechnical construction firm headquartered in Odenton, Maryland, to help repair the building. “One door was so off level it looked like a fun-house,” says Terry Phillips, superintendent with Hayward Baker’s Greensboro NC office. “We got to work on the office areas, kitchens, stairwells, and rooms using TerraThane™ polyurethane foam to raise and level the interior walls.” 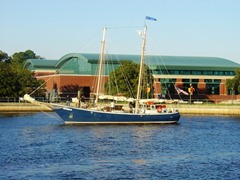 Phillips says they drilled 5/8th inch holes in a 5 foot-by-five-foot grid and pumped in over 10,000 lbs. of TerraThane™ to fill the voids beneath and raise the concrete slabs to their original position. “TerraThane™ is the way to go. It’s clean—there’s really no mess—it’s much quicker than traditional products, strong, and lasts the life of the building.”

Gene Hodges, Assistant County Manager, says Craven County is more than pleased with Hayward Baker and TerraThane™. “They really exceeded our expectations. We thought there would be lots of clean up after the process, but other than some spackling and a little painting there was very little to do. The polyurethane foam was extremely cost effective and downtime was so minimal. We’re very pleased.”

Phillips says TerraThane™ is made by NCFI Polyurethanes, Mount Airy, NC, and is the kind of company Hayward Baker likes to work with. “We have a unique process for choosing companies we work with and it all centers around what is best for our clients and who will help us deliver excellent services. NCFI does that. On this New Bern job, if we needed something it was there. I called with a need for more packers after four o’clock one day, and they delivered them across the state the next morning. That’s the kind of service that helps us succeed. And their people know building science, and they know their products inside and out—they’ve been doing it since the 60s. TerraThane™ really helped us supersede the convention center client’s expectations. We finished the job three weeks ahead of schedule. Now, we’re talking with them about two more buildings. I can’t wait to use TerraThane™ again.”

New Bern was the colonial capital of North Carolina, the first State capital, and is the birthplace of Pepsi-Cola.

[Editor] Disclosure: Hayward Baker is a sponsor of GeoPrac.net. [/Editor]

Geotechnical industry professionals are no doubt familiar with the awesome illustrations showing all manner of geotechnical construction methods and applications that are a unique part of Hayward Baker advertising and marketing. Without any fanfare, the […] 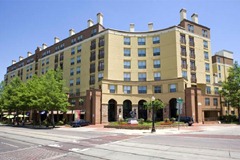 MOUNT AIRY, NC—In-ground parking garages in Dallas, TX experience the same thing: erosion of the soil beneath them, and silt infiltration that overwhelms and clogs the drainage system, thus causing more and worse erosion. The keys are catching it early enough, and choosing the right solution to keep it from happening again.

The three-story, in-ground parking garage at McKinney Ave. and Worthington St., the main thoroughfare of the Dallas’ “Uptown” area and home to some of the poshest apartments, business addresses, shopping, hotels, restaurants and bars, had silt and water infiltration, so the owners called in Edens Structural Solutions, Bixby, OK, with 30 years experience of structural lifting and repair. David Edens, company president, says they studied the problem and decided on geotechnical polyurethane foam. “Our solution was to use void-filling TerraThane geotech foam. It’s simple to apply, expands and cures in place, and is an excellent water and air barrier,” says Edens.

In Louisville, KY a large pit, 40ft deep, 300 yards long x 150 yards wide was dug to build an overflow facility for the city’s combined stormwater and sewage systems. A substantial amount of this excavation […]