GeoPrac sponsor Nicholson Construction posted a press release at the end of 2014 that I somehow missed. They have a new President, former Hayward Baker Senior VP Steven Scherer has taken the reins. He has […]

GeoPrac sponsor Keynetix has released a video tutorial on how to create geology solids in AutoCAD using Civil 3D. This is a new and improved technique using the Civil 3D productivity pack 1. [Source: Keynetix […]

RockWare has released an update to their popular geological and geotechnical software package, RockWorks 16. It’s pretty clear these folks are not sitting back on their heels but continuing to develop and push out new […]

The International Society for Soil Mechanics and Geotechnical Engineering (ISSMGE) is launching its first Webinar of the year on February 2. This upcoming webinar on Cone Penetration Testing will be given by CGS Member Prof. […] 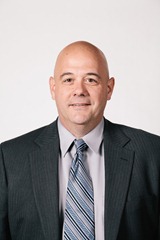 Former Dir. of Ops Says “Shift” New Word for 2015 and Beyond

MOUNT AIRY, NC—NCFI Polyurethanes, and its parent company, Barnhardt Manufacturing Co. (BMC), today announced the Board of Directors has named Chip Holton as the company’s president effective January 1, 2015. Holton joined NCFI as Dir. of Operations in 2012, and brings with him an extensive, and impressive operational leadership background.

Holton, 50, holds an engineering degree from The United States Military Academy at West Point and is a former serving US Army infantry officer. His work career began with Alcatel (now Alcatel-Lucent) fiber optics division where he served in multiple capacities from line supervisor to plant manager in Claremont, NC. Holton joined GE Plastics in 2003, where he served as Southeast Region Operations Manager, overseeing logistics, distribution, and manufacturing for up to 13 facilities. Most recently Holton served as Vice President of US Operations for Swiss company, Jacob Holm Industries, one of the world’s leading nonwoven roll good manufacturers. It was at Jacob Holm where he met the Barnhardt family.

[Editor] Click through for the rest of the press release from GeoPrac.net sponsor NCFI Polyurethanes! [/Editor]

Nicholson Construction Company, a GeoPrac sponsor, has been working on 68,000 square feet of shoring and permanent retaining walls for an indoor practice football field and running track, as well as two levels of underground […]

Specialty geotechnical contractor Moretrench is pleased to announce that Vice President and Chief Engineer Paul C. Schmall, Ph.D., P.E., D.GE, has been selected as the 2015 recipient of the Wallace Hayward Baker Award.  This prestigious […]