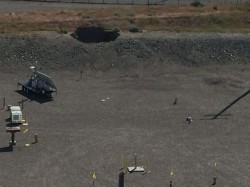 A 20 foot section of a tunnel collapsed at the PUREX facility at the Department of Energy’s Hanford Nuclear Site in Washington State. The PUREX facility was used to extract plutonium for weapons from spent nuclear fuel but has been inactive since 1980. Cleanup activities have been on-going since 1989. The shallow, earth-covered tunnels were used by remote-operated trains to carry the spent fuel from a reactor to the PUREX facility. According to a 2015 report, the tunnels may still have the trains inside them along with radioactive material. [Source: Read more about this incident at the Washington Post. Image: Hanford Site via Washington Post] 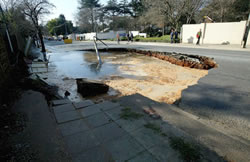