From WSDOT’s video description: After nearly a week of tunneling under the Alaskan Way Viaduct, crews are steadily continuing Bertha’s underground drive towards downtown Seattle. This video gives you a behind-the-scenes glimpse into how the […] 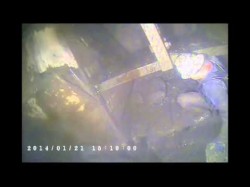