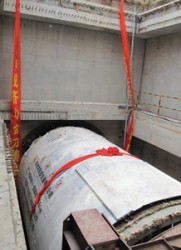 The City of Zhengzhou is set to become a major rail crossroads for China, located at the intersections of China’s major North-South and East-West lines. Currently tunneling with tunnel boring machine (TBM) is taking place on the City’s Line 1 Metro where a total of 16-miles of tunnels and 22 stations will be completed by 2013. [Source: TBM Magazine. Image: TBM Magazine]

The Bertha tunnel boring machine has resumed chewing away beneath Seattle after a ‘suspension for cause’ order from WSDOT shut it down in January following two safety incidents. The BTM began tunneling with some conditions […] 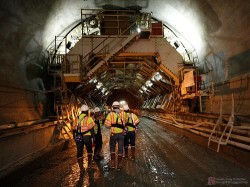