So far, every test well drilled in search of the edge of the fuel plume has found evidence of contamination. As a result, the Air Force on April 2 proposed drilling three new test wells beyond the area of known contamination, including one close to the water utilityâ€™s nearest water supply well. 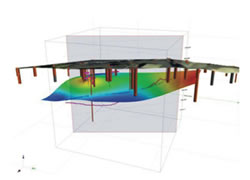 ESdat Environmental Data Management Software has been used to manage and report on large datasets generated from an investigation of groundwater contamination on an industrial facility in Adelaide. ESdat was used in managing site data and the maintenance of conceptual model and time series outputs at a complex site over an extended period. [Editor] Click through for the rest of the article. [/Editor]