There’s a critical question that engineers face when designing new levee setbacks or repairs to existing structures: What’s beneath my feet? See how the U.S. Army Corps of Engineers uses a variety of technologies to […]

Here’s a collection of some interesting geoengineering content from around the web that I didn’t get a chance to blog about. Enjoy.

Mr. Taylor has also been named the leader of Hayward Baker’s Western Region Special Projects team, where he directs a team of engineers in the design and estimating of various ground modification projects in the western states and Canadian provinces. In addition, he has also been named a member of Hayward Baker’s Executive Committee. [Editor] Click through for the rest of the press release. [/Editor] 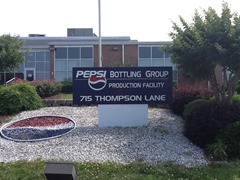 MOUNT AIRY, NC—When the ground inevitably shifts and erodes beneath concrete slab floors of factories and warehouses like the Pepsi Bottling Group facility in Nashville, TN, the slabs become uneven and the joints become mini-speed bumps. Drivers of forklifts will tell you it makes for a bumpy ride as they transport pallets of Pepsi and other beverages across the facility. It also means the quality of the beverage can be affected by the jostling.

Pepsi called in specialist Eddie Bolton and his company, Mid-South Concrete Leveling, Milan, TN, to help save “The Choice of a New Generation” for the millions served by the plant.

“They initially thought the concrete slabs needed lifting, which takes a good deal of time and much more work and product,” says Bolton. “But when we got there we found we could do what is called joint stabilization and not have to level the entire slabs.” [Editor] Click through for the rest of the press release. [/Editor]

Sometimes you need a geotechnical pro more than a golf pro to improve your game.

As a golfer, mechanics are a vital part of how you play the game… however, soggy course conditions can affect your game just as much as your golf pro. Click through to see how URETEK alleviated soggy fairway conditions at a premiere course in Texas.

At an archaeological site at Crow Canyon, near Cortez, Colorado, a team of archaeologists, supported by a PBS film crew, were using ground penetrating radar, magnetometry, and resistivity geophysical methods to try to image the […]

Lakeshore Engineering Services, Inc. of Detroit, MI has filed a lawsuit agains the Richmond (Kentucky) Utilites Board and HDR Engineering alleging breach of contract. Among other claims, Lakeshore alleges Richmond Utilities committed a breach of […]

Geotechnical engineers, geotechnical lab managers, CQA service managers and others utilize ASTM standards on a daily basis.  Here at GeoPrac.net, we monitor the periodic updates from ASTM and summarize changes to relevant standards that may be of interest to geoprofessionals.  Click through for a list of revised and reapproved standards from May of 2012.