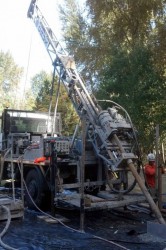 Specialty geotechnical drillers Crux Subsurface, Inc. of Spokane, WA has been working on a challenging project in a residential neighborhood in Bellevue, Washington. Their work is in support of a King County project to upgrade wastewater conveyance system currently served by the Sunset and Heathfield Pump Stations in Bellevue. Crux was selected for the job because of their experience in working in restricted and congested areas and because of anticipated difficult core recovery. [Source: Crux. Image: Crux] 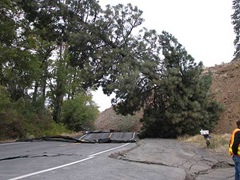