Google App Apk Obtain However, the Korean model of this game is proscribed to Korea and Japan solely. When you use that application in your cell phone, the Hotstar Premium Account Free might ensure your […]

This is a great piece that covers a lot of ground about the project. The author included information on the background of the original highway, and a nice discussion of the political aspects that drove […]

This is definitely a sad story, and one that highlights the importance of an adequate geological investigation when designing pipelines. A landslide cause a rupture in the Trans-Equador oil pipeline on May 31st. The volume […]

The Washington State Department of Transportation has released a report that provides a reference for geotechnical engineers and hydrogeologists on designing horizontal drainage systems to improve slope stability. Here’s the report abstract: The presence of […]

Here are some stories from May (and perhaps earlier) that are still worth a look! President Obama Tours Port of Miami Tunnel Project – Source: Tunnel Business Magazine ISSMGE e-Lexicon Translates Geotechnical Terms – Source: […] 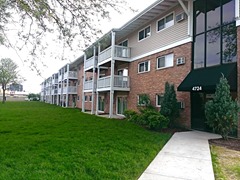 It seems like every time I turn around these days there is another amazing tunnel project in the news. The level of engineering brought to bear on these challenges is phenomenal, whether it’s in the […]

Wow! Congratulations to my friends and colleagues Dimitrios Zekkos, Marietta Zarogiannopoulou and the rest of the staff at Geoengineer.org! Their May newsletter was their 100th issue. Well done guys. [Source: Read the newsletter Geoengineer.org and […]