Other Changes to Standards

ASTM standards are an important part of my geotechnical engineering practice, and keeping up with changes can be a challenging thing. Their website offers an ASTM standards tracker service that will email you a weekly update on new, revised or otherwise modified standards for your areas of interest. I try to sift through these weekly updates and provide a monthly update to GeoPrac readers that contains changes to standards (no work items) that may be of interest to them in their practice. I look at updates from the following ASTM comittees:

Those of us in the geotechnical profession use ASTM Standards on a daily basis. It’s hard to keep up with changes, so I attempt to post regular digest updates to the ASTM standards of importance […] 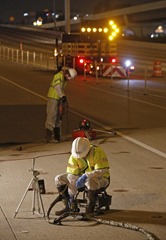