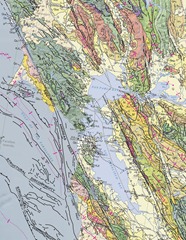 These geologic maps just released from the California Geologic Survey mark the 150th anniversary of the CGS. They can be viewed online in a very easy to use Google Maps interface. The previous Geologic Map of California was published in 1977 and later issued in digital form in 2000. This version seeks to correct distortions from the 1977 version and bring it in line with the latest version of the Fault Map. The Fault Map was last published in 1994 prior to this release.

It’s no surprise that much of California is lined with faults, but the state’s top geologist says the new maps will be an important and more accurate tool for planners, businesses and others looking at potential geologic hazards. "This will enhance the ability of the general public to look at fault maps," said John Parrish, the state geologist. 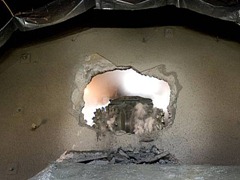