I heard that Hayward Baker was working on the Corvette Museum sinkhole at GeoCongress, but I finally got official confirmation via this Civil Engineering Magazine article. It’s a great article if you are interested in […]

Mr. Rorem is a pioneer of Geobrugg in America, established in 1985. He has successfully grown the affiliate company into a leader in natural hazard solutions across North America. Under his watch as General Manager for over 14 years, the North American affiliate has increased five-fold in sales and has recently moved to a newly-built manufacturing facility twice the size of the original Santa Fe factory. The full time staff has increased 1000%.

In his new position, Mr. Rorem will dedicate his efforts to take advantage of emerging markets in underground mining and to promote new product lines. He will also become Regional Manager for Mexico. Mr. Rorem will remain based in New Mexico.

Keynetix is looking for beta partners to help with ideas for visualizing geotechnical data in the HoleBASE SI Extension for AutoCad Civil 3D. They want to be able to graphically display down hole XYZ information […] 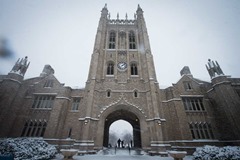 Keynetix had over 350 people tune in to webinars offered in January of this year. And they have recently announced 4 more webinars coming up in the next several weeks. The topics of the webinars […]

I met a gentleman from American Pile driving Equipment, or APE, on the plane on my way to the GeoCongress conference. We spent some time chatting, and we visited at the trade show at the […]