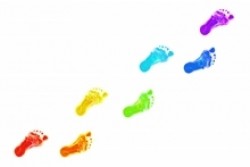 Don’t forget about the last two Keynetix webinars this month related to their popular and powerful HoleBase SI geotechnical software. The two remaining topics for this round of webinars are:

Keynetix is a sponsor of GeoPrac.net. [Source: Find out more and get registered for the free webinars from Keynetix. Image: Keynetix]

This webinar is a guide to the three different approaches that can be used to create your lithology descriptions within HoleBASE SI. UK users have entered their geology descriptions into a free form text field […]

Over the last 18 months Peter Keeton has been heading up a team at Keynetix to write British Standard and ASTM Standard compliant test definitions, laboratory worksheets and reports for KeyLAB. This work has now been included free of charge with the latest installer of KeyLAB and enables new users of the software to be operational much quicker than ever before.

Peter Keeton has over 40 years of experience working in and managing geotechnical laboratories for Soil Mechanics and was an influential member of the CEN European Standards working group on geotechnical testing. Over this time he has produced many versions of laboratory worksheets for each test.

“By including the latest versions of Peter’s work into the system we have already seen an increase in the number of customers who are running trials of KeyLAB” said Dr Roger Chandler, Keynetix Managing Director. “The out of the box value of KeyLAB has increased significantly with this work and many users are now adopting the system with the standard sheets and only need to modify them with their company logos and details.”

[Editor] Read on for the rest of the press release from GeoPrac sponsor, Keynetix! [/Editor]

22nd April 2013, Redditch, UK – Keynetix are pleased to announce that an upgrade to KeyLAB has been released today that includes a number of new features requested by users to help them manage their geotechnical and concrete laboratory. The new build expands the functionality of the system to assist laboratory managers who are conducting concrete testing, working in a NATA accredited laboratory or with the ASTM standards and is available free of charge to all users who have an in-date maintenance agreement.

As well as the new features in this release, KeyLAB have produced a large number of free test definitions and input and report sheets for companies who are implementing KeyLAB within a laboratory, conducting tests to BS or ASTM standards. These worksheets and reports have been designed by Peter Keeton from Keynetix, who has over 30 years experience of managing large geotechnical laboratories.

[Editor] Click through for the rest of the press release from Keynetix. [/Editor]