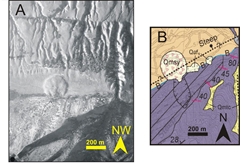 Given the earthquake risk from the Wasatch Fault in Utah and the already steep landslide prone terrain in the area, there is definitely cause for concern about the potential for major landslides in the region. The video linked below describes several slow moving landslides happening right now in developed areas. The news story was put together by Salt Lake City ABC affiliate ABC4 with some links and a few images about the geologic hazard of landslides along the Wasatch Front. Its typical media sensationalism on some levels, but all things considered, its not bad. The photo thumbnail at the left is a pre-development aerial photo of a pretty spectacular landslide deposit and the associated geologic map. The image below shows the same area with the current layout of expensive homes that have been developed. I bet the homeowners have a great view from on top of all that landslide debris! (Photos from ABC4.com) 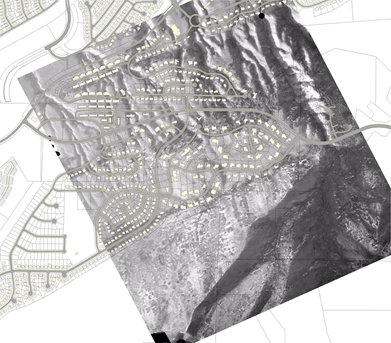 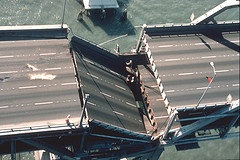