I found this diagram fascinating. I hope you enjoy it too.  Courtesy of WikiMedia. The upper cofferdam was wider then the dam itself! It was 750-ft wide, 96-ft tall and constructed of 650,000 cubic yards of material. 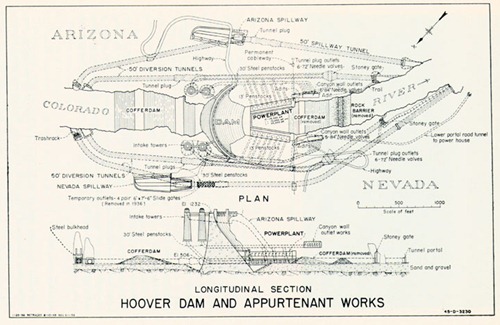 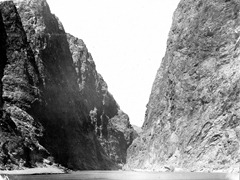 The foundations of the dam needed to be cleaned of all eroded soil and sediment. 1.5 million cubic yards of material was removed, and the weathered rock was scaled off to fresh rock. Holes up to 150-ft deep were drilled to grout the foundation of the dam to prevent the creation of uplift pressures. And here is something I didn’t know (from Wikipedia):

The workers were under severe time constraints due to the beginning of the concrete pour, and when they encountered hot springs or cavities too large to readily fill, they moved on without resolving the problem. A total of 58 of the 393 holes were incompletely filled. After the dam was completed and the lake began to fill, large numbers of significant leaks into the dam caused the Bureau of Reclamation to look into the situation. It found that the work had been incompletely done, and was based on less than a full understanding of the canyon’s geology. New holes were drilled from inspection galleries inside the dam into the surrounding bedrock. It took nine years (1938–47) under relative secrecy, to complete the supplemental grout curtain.

A joint project between the Arizona and Nevada DOT’s, the rerouting of US 93 away from the crowded Hoover Dam is nearing completion.  The showpiece of this so-called “Hoover Dam Bypass” project is of course the Pat Tillman Memorial Bridge spanning the Colorado River, just downstream of the canyon.  I know a few of the folks that worked on engineering geology and geotechnical aspects of the bridge, I’ll try to get some more info to share at some point.  Let’s just say the photos I’ve seen of the investigations are pretty spectacular (see links below for a couple). 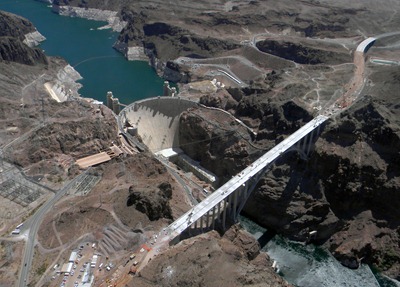 Photo modified from a July 21, 2010 photo by Laslovarga on WikiMedia.  This image is licensed under the Creative Commons Attribution-Share Alike 3.0 Unported license 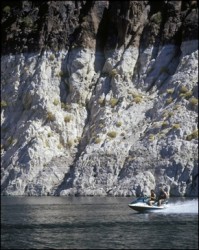 Even as the Country is celebrating the 75th Anniversary of the dedication of the Hoover Dam, it’s ability to generate electricity for a power-hungry southwest may be in jeopardy because of declining water levels. According to an article at Circle of Blue, the reservoir is only about 41% full, having declined 130-ft since 1999. If the USBR projections are correct, next month the water levels will reach levels not seen since it was filled in the 1930s.  The article goes into details about what the low levels could mean to the turbines and the power generating infrastructure of the dam, a very interesting article.

Lessons Yet to be Learned on Tailings Dam Failures

October 29, 2021 rockman Failures Comments Off on Lessons Yet to be Learned on Tailings Dam Failures

The keynote address at the 2019 Tailings & Mine Waste conference was presented by Terry Eldridge of Golder. Terry described the lessons learned from the tailings dam failures around the world in recent years. He […] 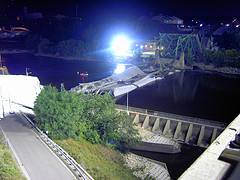