According to Flight International, its first volcano monitoring demonstration, carrying a suite of new generation sensors now being developed by NASA and Italyâ€™s National Institue of Geophysics and Volcanology (INGV), will be over Italyâ€™s Mount Stromboli in the March-to-May timeframe of 2009.

Among the sensors on board (probably one at a time) will be a new imaging infra-red camera, an SO2 chemical sensor, a magnometer and a miniturised Fourier Transform Spectrometer.

“Something Happening” at Mount Baker in Cascades

May 11, 2007 rockman Geologic Hazards Comments Off on “Something Happening” at Mount Baker in Cascades 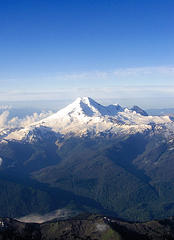 Mount Baker is one of the more active volcanos in the cascade range. According to a Seattle Post-Intelligencer article, there is renewed interest in this volcano. (Photo by Ataradrac)