Check out this proposed bridge in China’s Zhangjiajie National Forest. It has a span of 1,200 feet and is over 1,300 feet off the ground. The majestic landscape was reportedly the inspiration for the Halleluja […]

GroundProbe has released a new slope stability monitoring radar for use in pit. The SSR-FX is designed to aid in increasing safety and productivity in mines. According to GroundProbe CEO John Beevers: “The SSR-FX is […]

The couple owning a house up-slope from a massive 2014 landslide is accused of overwatering their lawn, leading to the landslide in a lawsuit filed by the developer. The developer also blames a natural gas […] 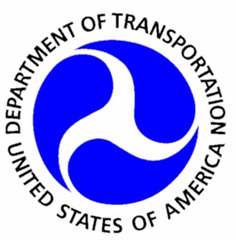 [Editor] Read on for the rest of this press release from the US DOT. [/Editor]

After the 2011 Fukushima earthquake, the reactors at TEPCO’s nuclear facility began leaking radioactive groundwater. The plan to contain the contamination is to use ground freezing to construct an "ice wall" to cutoff the flow. […]

The 2015 International Foundation Congress and Equipment Expo was held in San Antonio back in March of this year.  The proceedings from IFCEE 2015 are now available online and for purchase at the ASCE Library.  […]

A nice video from Terracon on the first step for a geotechnical engineering investigation. [Source: Terracon YouTube Channel. Image: YouTube]

The Golder Foundation presented the first annual awards to six students in the fields of Ground Engineering and Contaminant Site Assessment and Cleanup. The cash awards, totaling $40,000 USD, are meant to encourage and recognize […]

This slide courtesy of DeWind pretty much says it all!