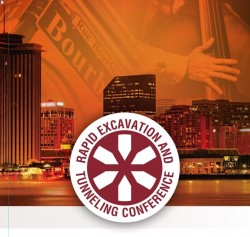 GeoPrac sponsor Moretrench was very active at the recent Rapid Excavation and Tunneling Conference in New Orleans earlier this month. VP Paul Schmall helped teach a short course on grouting in underground construction, and Director of Ground Freezing Technology, Joe Sopko, co-chaired the Grouting and Ground Modification technical session, and there were three technical papers presented on Moretrench projects. [Source: Visit the Moretrench Blog to read more about the conference and see what projects were featured there. Image: Moretrench]

Members of an Italian herritage association claim that tunneling 50 meters below the streets of Rome would put the Roman Colosseum at risk of collapsing. Here is an excerpt from the article I found: "The […]